The Battle for States 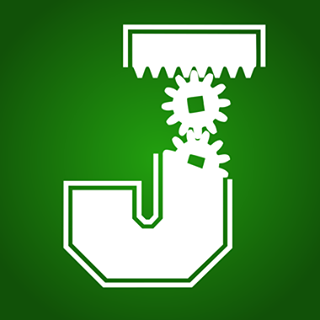 The battle for states for the Jenison robotics club began at the beginning of their season early this school year. From practices to tournaments, the countless groups work for months in order to qualify for the robotics state championship, held at Michigan State University, followed by possible qualification for the world championship.

Beginning in early September, the Jenison robotics program began cultivating young minds in the ways of engineering, programming, and team skills throughout the duration of the club season. The program allows students to design, build, and program their numerous robots in order to compete against other teams from not only Jenison, but all across the state. Each team has opportunities to refine and alter their robots after each tournament they compete in. Teams also receive time to alter their design notebooks which may come in handy for qualifying and obtaining awards. After the formative stage, teams send out invitations for numerous tournaments.

Following the Bad Axe tournament, teams entered the refining stage where they began altering and improving their robots for the anticipated quest to states. To progress forward, or qualify for states, teams needed to receive at least one of four main awards. Those that win the bracket receive the first award. Teams are also eligible by receiving the design award given for best notebook and the judges award given to a team of the judges choosing. The excellence award s the final main award given to teams that do well in brackets and top five in matches. Granted to new homes, these awards carried four Jenison teams to the state championship.

Unlike its Bad Axe tournament counterpart, the state championship was left by the Jenison teams unconquered on February 24. With only half of the teams qualifying for the bracket after the matches, the prospect of victory was slim. Although no Jenison team won the state championship or qualified for worlds, the teams that went still performed to the best of their ability and gained new experiences. These trails gave the teams a new understanding on how to improve for future tournaments. Robotics competitor Micah Zondervan, in Jenison team 2140a, stated “I believe we did really well this year, obviously there’s always room for improvement but i think overall our team got along really well together and we did well.”

Despite the unfortunate turn of events for the robotics teams, there is a new found hope and drive for next year as the teams gear up to give it their all.