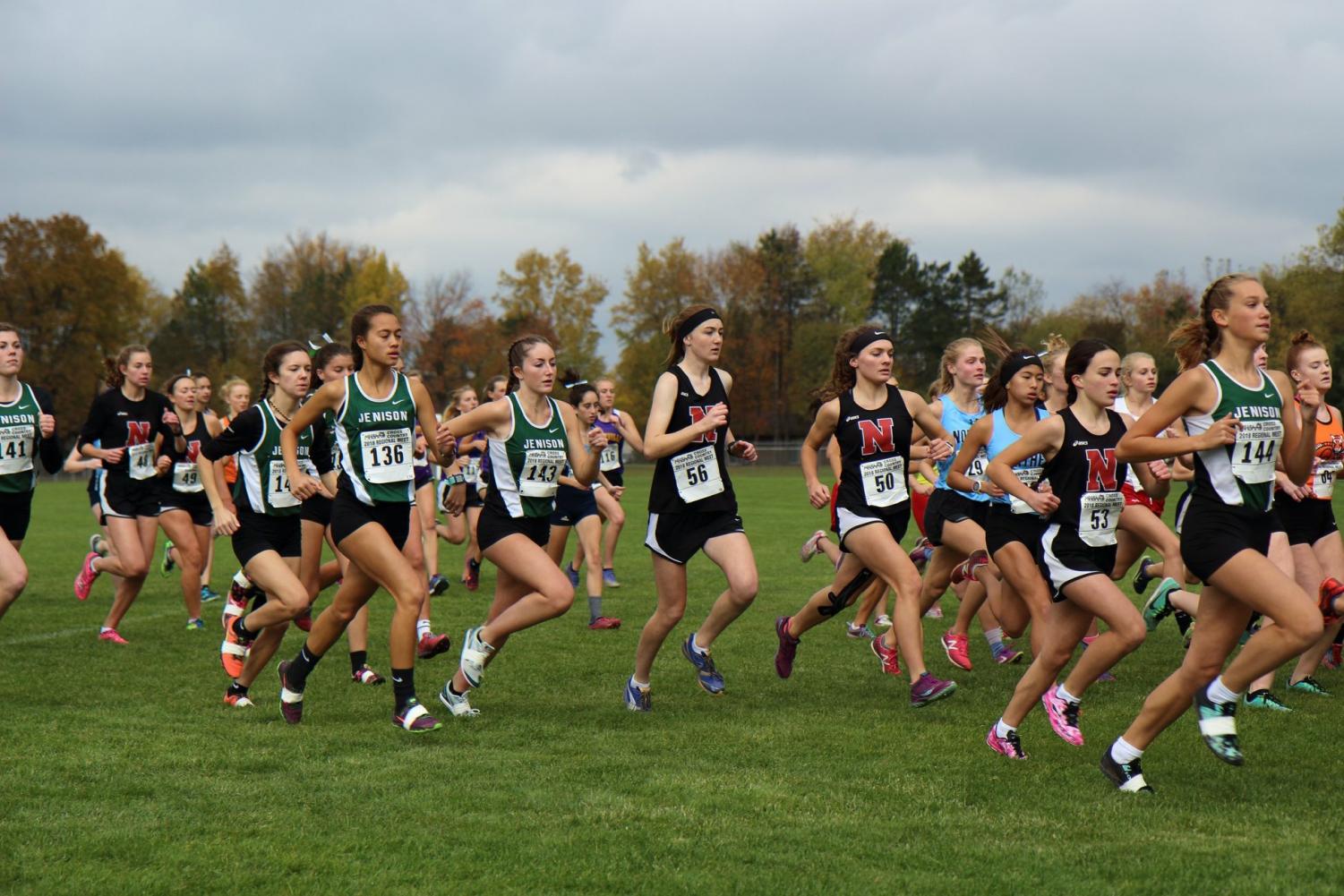 The Girls cross-country team raced the regional meet on Saturday October, 27. They took on the best teams of the region such as Rockford, Forest Hills Northern, GR Ottawa Hills, Grand Haven, and Forest Hills Central. The girls placed 6th overall, which was two places higher than predicted.

This years regional meet took place on Allendale’s home course, located at Allendale High School. The weather was is in the low 40s, bitter for runners. The girls had their work put out for them. For a few girls, this was their first experience at a regional meet and for some, this could be there last race of there high school career. The course is flat and runners usually had fast times. Coach kelly took the team out the night before to walk the course and to mark any unevenness. 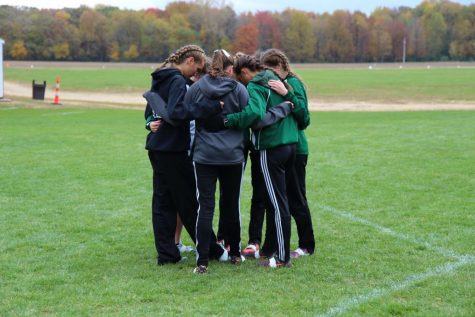 In order to qualify for the state meet the team needed at least one runner in the top three for the entire team to go, or, individual runners will attend if they place in top 15. If five of the seven runners place in the top thirty the whole team could also go. After winning the conference this year, the girls had high hopes of taking the team to states.

The varsity girls lined up with 12 competing teams consisting of 88 runners. The gun went off and in less than a couple minutes the first 800 meters was done and the runners disappeared into the tree covered trails. Sophomore, Ashley winger, started strong taking the lead for Jenison. Winger struggled with a hip injury early in the season although she still showed up the competition with an astounding time of 20:11.

“It felt great to have an opportunity to race at regionals. It may not have ended the way I had hoped, but I am so grateful to that I got the chance to run for my team and got to race at all,” said Ashley Winger.

Despite the bitter weather many girls finished with there season best and the team placed 6th out of 12,  two places higher than projected. Since only the top seven runners raced in the official regional meet the remaining team raced in the PROM race put on by striders. Every runner finished the season on a positive note with impressive finishing times. Coming in first for Jenison was senior Anchalee Intarachot with a time of 21:53, followed by sophomore Sylvia VanderJagt at 22:19, Junior Morgan Tiemann at 22:36, and Junior Olivia Davis at 23:03.

As for the seniors, this was the last race of their high school career.  Their leadership, camaraderie, and support are key components the underclassmen must fulfill in the coming year.  Although there are high expectations that the team has a bright future with the determined student-athletes to come. Even though the girls cross-country team came up short in qualifying for states this year, they did come home with the title of conference champs. They claimed 4 first place trophies at Fennville, and all three jamboree meets. Each and every runner improved there times from last season and gained more confidence on the course. 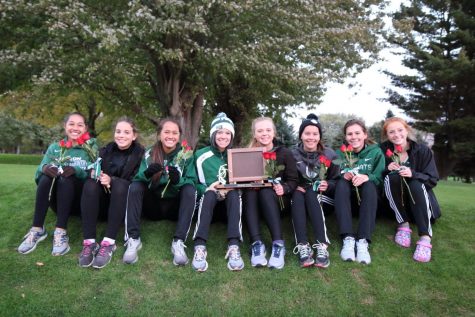 Both the varsity and JV team took home multiple invitational trophies and will always be bound together as a family with the team motto, C.A.T.S- Committed, Accountable, Tough, and Supportive.