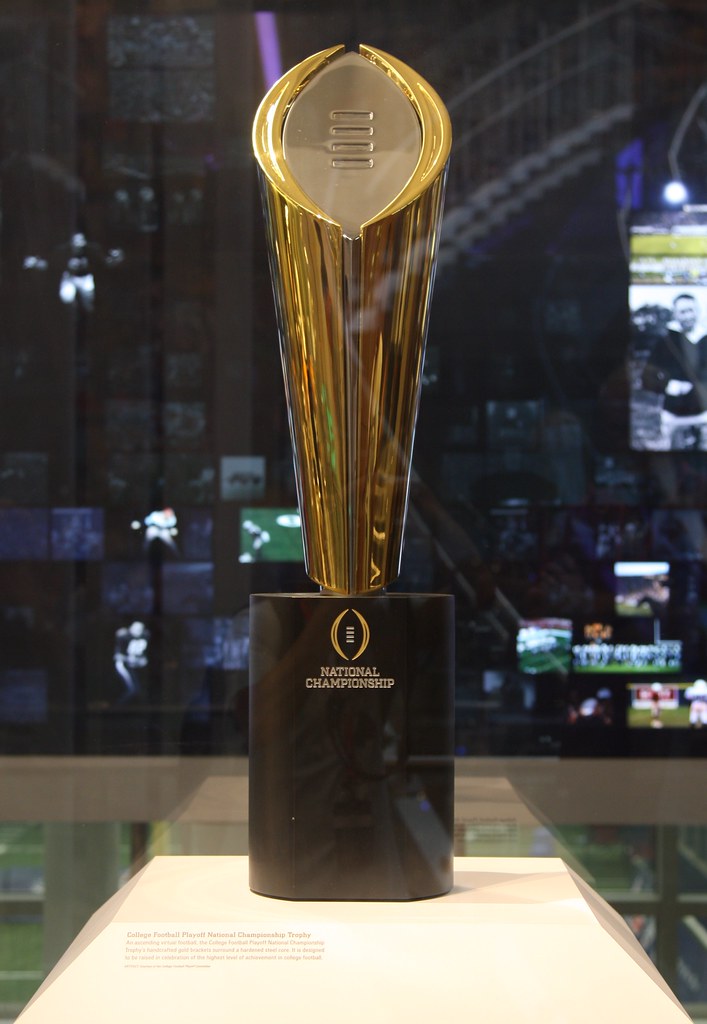 Should the NCAA expand the College Football Playoffs?

For a very long time, college football fans have been starving for more football. Not only more, but higher quality football. When faced with the issue, the first thing to come to mind is expanding the playoffs. But what does that look like and is it the right thing to do?

In February, the NCAA voted not to expand the playoffs. The NCAA would have increased the number of teams to 12. This  would allow more teams to get in and make the college playoffs as a whole, larger.

Why Should We Expand?

To start, all power-5 teams will get a chance in the playoffs. In this current format with only 4 teams, at least one of the conferences is out.

In “7 Reasons College Football playoff needs to expand,” Greg Wallace writes: “2014’s biggest debate revolved around whether Baylor or TCU would snag the fourth spot. As it turned out, neither of the Big 12’s two best teams were worthy, thanks to Ohio State jumping them both in large part due to a 59-0 demolition of Wisconsin in the Big Ten title game.”

Finally, expanding the playoffs would increase the margin for error. With only 4 teams playing in the playoffs, the selection choice can be very controversial. When making the decisions for playoff spots, you want to be as accurate as possible. When you have to pick the top 4 teams, it can be very difficult because at that level, there is never a clear choice. Every year we can never know for sure if the rankings are the right decision. You can never know that a 5th seed or higher couldn’t beat or isn’t better than the top 4.  If expanded to 12 teams, a mis-pick will have less of an impact on the tournament and teams as a whole. This would cause a lot less controversy and as a result, allow for a better, higher quality tournament.

If expanded to an eight team format there could be controversy around “SEC bias”. If they’re left as is, no one gets the extra spot and it’s a problem avoided. Then again, there is a reason the playoffs would expand to 12 teams, it offers more of a chance to everybody.

In “A 12-Team Playoff Isn’t a Done Deal. Math and History Suggest ‘Yes’ Looms.” Alan Blinder writes: “Just 11 universities have appeared in the playoff since it replaced the Bowl Championship Series in the 2014 season, and most conferences have always or regularly been shut out of college football’s biggest games.”

Many reasons people oppose the expansion is because of the cost behind it all. When adding extra games to the season, some extra costs arise. For example, larger contracts for the coaches, more transportation from the schools, more gear for the players. If you expand the playoffs, you have to expand your expenses as well.

But when you broadcast more games and sell more seats, the profit would be much larger for many of the schools.

The main reason the playoffs have not expanded is because the conferences can’t agree on terms. Every conference wants something different. It makes it worse when every conference is pulling towards what benefits them most.

In “College Football Playoff expansion at an impasse as conferences can’t agree,” Chuck Culpepper writes: “Before you negotiate any other element, you have to agree on a format,” Pac-12 Commissioner George Kliavkoff said in a phone conversation. “It’s become very clear to me that we don’t have the unanimous consent required to amend the current format in the 12-year term today.”

Because of this, the can keeps getting kicked down the road. Plus, since a decision was not made now, the earliest they can agree to make another decision to expand is 2026. This means we will be stuck with the flawed 4-team format for the next 4 years. The NCAA should cut some of their losses and expand to see how things go. We can’t keep delaying the issue and fans are impatient. Even though it seems like there are some draw-backs, the positives are much greater. As of now, anything is better than sitting and waiting.

Expanding the playoffs gives us a better look into college football. For most of the season, you don’t see very many duels of top programs. If you expand the amount of teams in the playoffs, you will see the top 12 teams play each other. This will be much better for the viewers and allow players to stand out in bigger games.

From the standpoint of the fans, there is no reason not to expand the playoffs. Who wouldn’t want more, higher quality football? If certain people can settle their differences, we will be able to expand the playoffs. There are lots of people who would benefit from this. Plus, it’s better exposure for the players and coaches. Not only that, but it allows teams to make runs and prove themselves. There can also be a greater share of profits for the owners, and most important of all, the fans will love it.