Monty Python and the Holy Grail: A Comedy Masterpiece 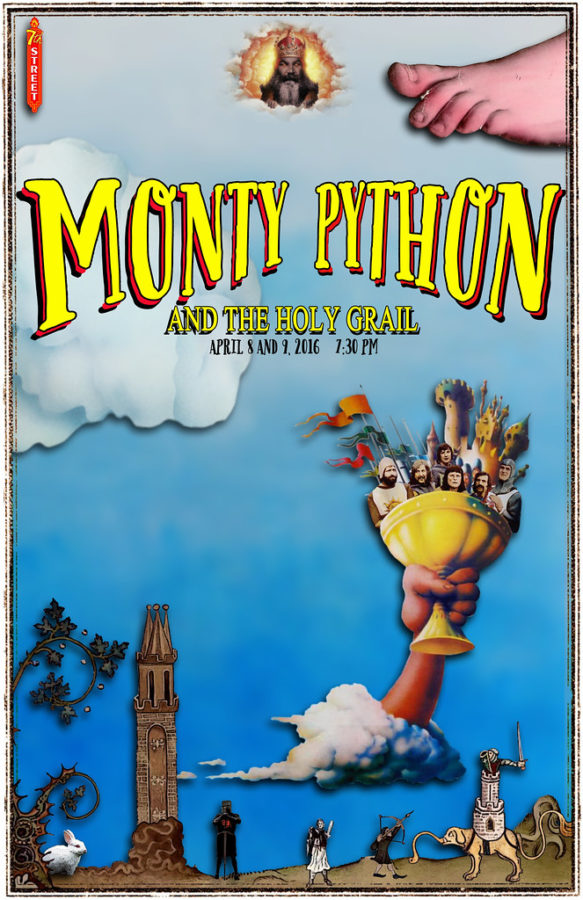 Monty Python and the Holy Grail is as a comedy/fantasy movie and it certainly fits those categories well. The movie is an hour and a half long film about King Arthur and the Knights of the Round Table. Along their quest for the Holy Grail they meet a wide cast of characters, most of which impede the knights in one goofy way or another. As for the comedy part, it has that at every minute of the movie. On Rotten Tomatoes the movie received an outstanding 97% on a 1-100 scale.

This movie does so much right and most definitely stands the test of time. The opening credits are a great moment in the movie, which can not be said about many movies. It starts off with the credits, which over time turn into a subtle gag. Then it becomes a bright cascade of colorful credits, until it throws right into the movie and by then you will already burst out with laughter. Throughout the movie you hop to different locations that each have their own hilarious scenes. The movie feels like a variety of skits woven together to make a story, in the best possible way. One example of the most endearing parts of the movie is the distinct picture book-like animation that strings the story along and adds a whole new medium for telling jokes. To many people the low-budget nature of the film would be a downside, but what the Monty Python did with their limited cash makes the movie feel more clever and personal.

Although the majority of reviews online represent overwhelming positivity there are others that share their distaste in the movie. The comedy is likely not for everyone. The jokes are sometimes goofy or over the top, which may not be for everyone. In contrast, other jokes are dry and only some audiences will both pick up on them and enjoy them. Along with some of the peculiar comedy, the movie lacks high-budget action. Although this is not necessary, if you are in the market for a modern fantasy film, this movie will not fulfill your needs.

From the goofy opening credits to the hilarious abrupt ending Monty Python and the Holy Grail keeps you entertained the entire time, never letting you rest from its onslaught of jokes. For those who want to experience a great comedy movie that almost everyone enjoys, this movie will give you an hour and a half long ride of goofs and gags. On a scale of 1-100 I would give the movie a 95%. Monty Python and the Holy Grail is a forever quotable comedic journey that anyone can enjoy.