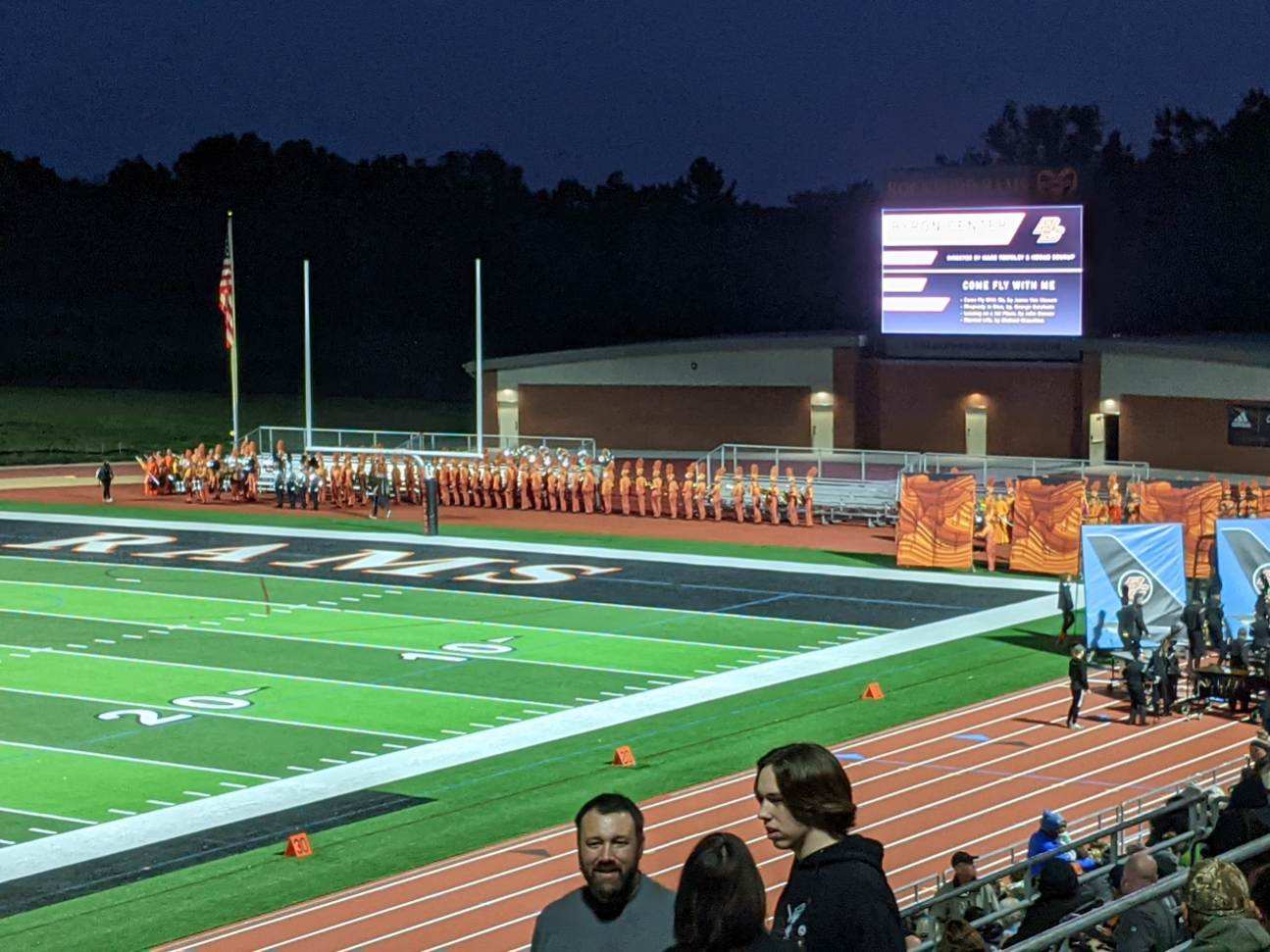 The marching band at Jenison starts kicking off their competitive season by going to Rockford high school this Saturday to compete with other bands in the area.

They compete to see how well they rank in the local area, region, state, and national.

Last year, the band wasn’t able to compete at all due to the pandemic of Covid-19, most bands in the area didn’t even have a season, except Jenison. The 2020 season was different, social distancing, people quarantining, wearing a mask while exercising, and no travel for competitions. The whole basis of a marching band season is to do diligent work until the competition part of the season. Not having that motivation for the students to do better each rehearsal made it tough. “I did miss them – I get just as much excitement out of going to invitationals as the students do. I also really enjoy watching other bands perform, so to be able to have them back this year is AWESOME!” Mr. Justice, one of the two band directors, explains. The directors missed the invitational, competition season just as much as the marchers did.

The competition season is everyone’s favorite part of the season, there’s no wonder why everyone missed it this past year. It’s so much more than the competition, it’s about the whole experience. From entering the field, anxiety and nerves, to meeting new people, so many more experiences come out of the invitational. Mr. Zamborsky, the main director, thinks it’s more than that; “I think it motivates our band to have really high standards for their performance level. When we do well in our performances and in our competitive results, there is a sense of payoff for the many hours the students spend in rehearsal over the summer, at night, and on the weekends. And it gives us a great opportunity to see band programs at many different levels of excellence – especially at the end of the season when we compete at the Bands of America National Championships and get to see performances from some of the best marching bands in the country.” 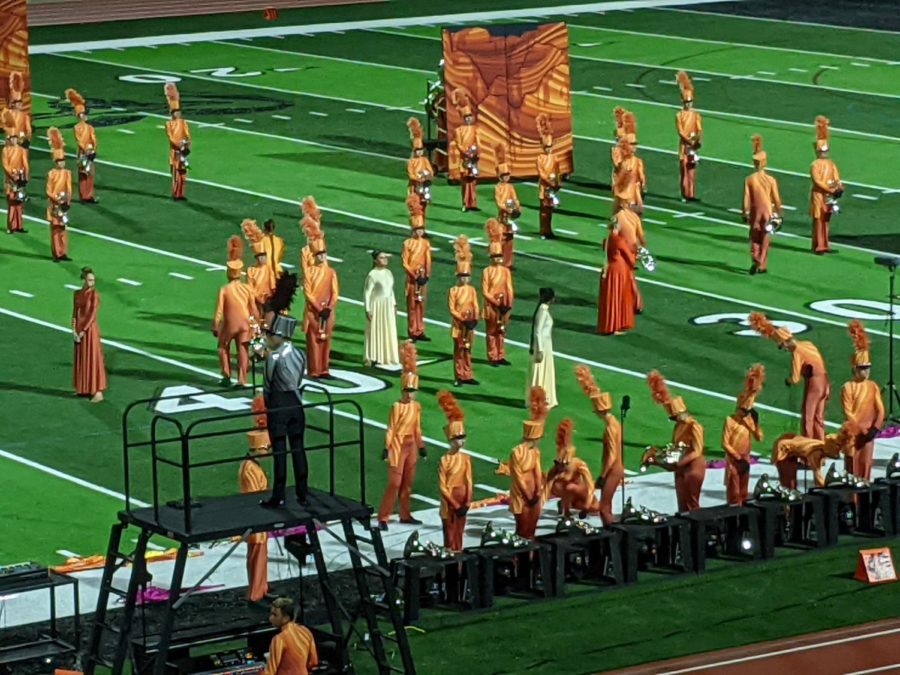 Besides that, it’s nerve-wracking, and anxiety-inducing to perform for hundreds of people, and critiqued for every move and sound you make on the field. There is so much everyone in the program needs to focus on so the outcome of each performance is good. This causes many concerns throughout the group as well. Mr. Zamborsky became worried about the lack of last year’s season. “The first time we take our show on the road, it is always a little nerve-wracking to ensure that all the logistics are taken care of: that the props and equipment will make it there on time, that everyone will have all their uniform parts, etc. The fact that over half our group has never even gotten on a bus to travel and compete since we didn’t have any of those opportunities last year makes it a little more anxiety-inducing this year – but overall I feel really confident about how the group is doing and how they’ll perform.”

Not only worried about the judges’ critics and the lack of experience from most of the group, but there are also a bunch of competitors; the main point of this event. Jenison is in Flight II (classification based on the size of the school). This year more bands bumped up into that same flight. Mr. Justice believes “We’ll have a lot of great competition because everyone is as eager to perform as we are. In MCBA, Grandville is back in Flight II and Byron Center is as well. I think both of those schools have great programs and I’m excited to see their shows! At Bands of America competitions, I’m not really sure because I haven’t seen many of those groups in a while, so it’s hard to tell who’ll be a strong competitor!”

The first invitational of the season and the pressure is on. The band, nervous going off to the competition, encourages community support. Their performance is at 8:00pm, Saturday September 25th.

This is just the beginning, come support the band whenever you can, whether showing up to a football game to go to the halftime show, or even to go all the way to regionals the following weekend in Toledo, Ohio. Come support the Jenison marching band!