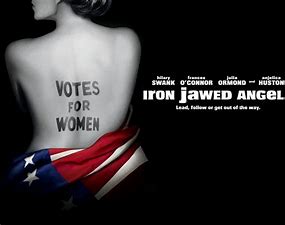 The women’s suffrage movement was an almost century-long movement to earn women the right to participate in the government on the same terms that men have. This movement is most well known for earning women the right to vote in both Britain and the United States during the 19th and early 20th centuries. The two main groups in the US fighting for women’s suffrage were the National Woman’s Suffrage Association and the National Women’s Party. Iron Jawed Angels show events in it that happened in real life in an easy-to-understand, modern light. The movie Iron Jawed Angels follow the story of Alice Paul who was the leader of the more radical National Women’s Party in the suffrage movement. Like in Suffragette they start out with less militant methods, Alice Paul was at the first part of the National Woman’s Suffrage Association and trying to get suffrage by lobbying for it state by state. Before long Alice Paul who both wants to instead lobby for a constitutional amendment to get all the states at once, and to use different methods, breaks off from the NWSA to create the National Women’s Party. 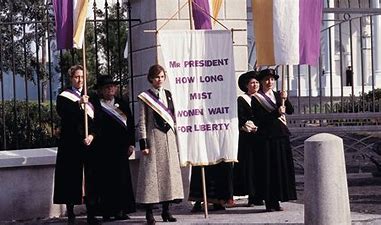 The NWP throughout the movie used methods that would put pressure on President Wilson so as to force him to put an amendment before congress. As the situation continued to escalate the government also decided to take action and began arresting the picketers and charging them with obstructing traffic. The court gave the women the choice: either pay a $10 fine or face 60 days imprisonment. The suffragists refuse the fine because paying the fine meant admit wrongdoing so they shipped off to prison. While in prison the women separated from their families and subject to harsh treatment from the prison staff. 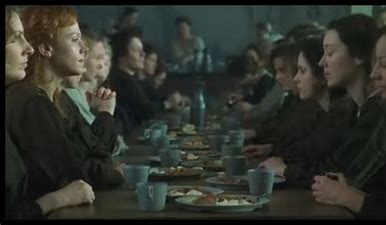 The film Iron Jawed Angels is a historically accurate film that does a good job to present the struggle of the women’s suffrage movement in an easy-to-understand and relate to way. This movie shows the timeline of the movement including the important figures and organizations from the beginning to the later part of the movement that involved more militant tactics. In Iron Jawed Angels the movie stays close to the events that happened without sugar-coating it. The women get assaulted both verbally and physically during parades and picketing, and when they get arrested suffer brutal treatment at the hands of their jailors. When we watch these movies it impacts us more and we understand it better when we actually see it than just reading about it. The movie did not take liberties to liven it up due to the fact that the movement had many ups, downs, twists, and turns. It is movies like this that can be a good source of information to learn about past time periods in a new way. They help us to see these events in a new way and connect the images of what happened to our lives with added action that documentaries lack to keep audiences interested so they learn without feeling like it is learning.