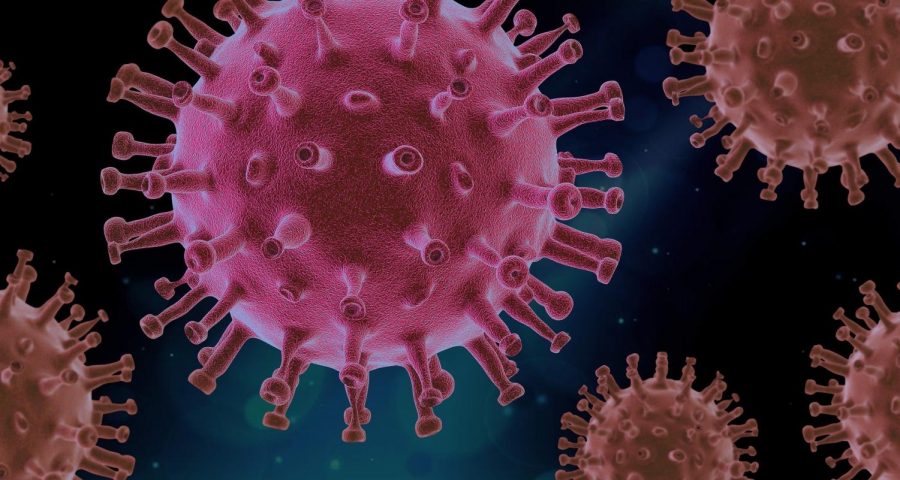 The 2020-2021 school year at Jenison High School was a completely unique year for all students involved, especially the seniors. This school year differed from any school year in the past, and no two schools were run in the same way. Students across the country all underwent different rules and regulations and had a unique experience in their schools.

In order to review the school year, an overview of it is necessary. Jenison High School enforced masks for the full school year. Sports games had constant rule changes, but they did get to play. Spectators for the games were kept at a minimum and there was never a packed student section for the football and basketball games. During school hours there were never any assemblies or other large gatherings of the students. Classes were also different than other years at Jenison due to the implementation of block scheduling. This means students had two sets of three classes that they would go to for two hours at a time each day. School dances along with most student clubs were lost or impacted. For example, DECA not travel so those students could not go to Detroit or California. The school lunchroom became 3 different sections and for the first time Juniors had the privilege to leave along with Seniors. Jenison was 100% virtual-only one time, which is better than most of the state. As of the week of April 23, Jenison schools as a whole had a cumulative total of 340 confirmed positive covid cases. These numbers are lower than other districts in the West Michigan area, as well as Michigan as a whole.

Students also had many major events canceled due to them being health risks. Sporting events eventually happened, but students getting quarantined threw a wrench into the year. Matt Whitcomb, a senior varsity wrestler, could not wrestle at his state competition due to contact tracing. This affects him because it ended his senior career, even though he did not get beat. Situations like this put a less than desirable connotation on the year for students. This affects his overall record and could complicate issues when it comes to scholarships. All school dances also were lost. This affects Seniors and freshmen the most. The freshman missed their first chance at a high school dance, and seniors lost their last opportunity to attend one. There is always next year in the case of the freshmen, Sophomores, and Juniors.

Believe it or not, not everything sucked this year. Jenison High School was only 100% virtual once when the state of Michigan mandated it. Compared to nearby schools, Jenison did very well. It would not be possible without the tireless work of Superintendent TenBrink and Dr. Graham who will be the next Superintendent! Student-athletes at Jenison could compete in their sports, there was regulations and it definitely was not a normal year, but this is better than most students around the country can say. Jenison also allowed for students to do virtual learning if they did not feel comfortable going to school, while also still allowing in-person learning. The fact they allowed for both shows they have the student’s best interest in mind, not theirs.

Overall was it a good year? I mean no, not at all. However, this is not the fault of the school. Jenison’s staff did an amazing job working with what they had. It is a year we will all remember but have no memories from. Overall, it gets a rating of 1600/2021.