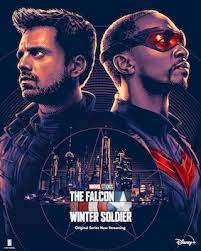 Reviewing a portion of the Marvel Universe

What is good entertainment? Well that depends on your opinion. But Disney plus has gone to new lengths with a new action series “The Falcon and The Winter Soldier”. This thrilling series expresses the amounts of drama, adventure, and excitement that take place within the Marvel universe. Actors Anthony Mackie and Sebastian Stan , play the two most important roles in the series. Mackie playing Sam Wilson (the Falcon), and Stan playing Bucky Barnes (The Winter Soldier).

Bucky Barnes, as you know if you keep up with Marvel, Went through hellfire because of Hydra. But even with offered help he prefers to do it himself. But behind that tough exterior is a man who just wants to do what is right. Sam wilson, seen as almost a modest, selfless yet stubborn character. Always wanting to do what he feels is right not only for other people but for the safety of the world. Putting their safety above his own. The two characters team up combining both of their talents and skills; putting aside their differences to get the job done to the best of their ability.

A look into the story

As the rest of the Marvel films start out, the beginning of the show intrigues us with mystery, drama, action. Causing us, the audience to wonder how it began, what happens next, and what will be done to stop it. New characters, new “villains”, and  new allies, all to try to stop a cause. Five years after “the blip”, A young, strong willed, powerful yet mislead leader named Karli Mogenthau, started a group whose goal was to get back how it was in the blip.

To do that she made herself and her followers into “super-soldiers”. 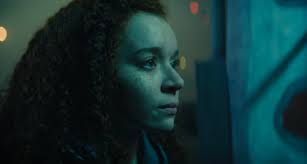 John Walker, who served in the military, now  made the new Captain America.  His mission, stop Morgenthau from completing her own mission. However he does so, in a drastic measures. His big overpowering ego and rage taking control of him.

Barnes and Wilson go up against both Morganthraw and Walker with an unexpected allie. A man who once was their enemy, now is an allie. Zemo. Although he is manipulative and sly, He is their best option if they are to get even close to tracking down Karli.

As the journey goes on, Sharon Carter, ex-agent of Shield, joins in on the mission.

But it is a struggle to determine if that is her real intention. With her keep a low profile, typ background and walls up personality, she is a tough person to get close to let alone trust. But seeing as Barnes and Wilson know her to be a reliable source, they trust her to know what should be done. The battle between both sides feels drawn out and ongoing. But after long, brutal battles and emotional moments,  the end of the mission has come and it is a relief for the world as well as the heroes of the series. You get a better connection with the characters and get to know more about them as you follow them throughout the journey. And start to develop your own point of view as if you were a part of it.

By reading a piece of the storyline, do you think that this series may be one that you would watch? My family and I want more, but we cannot force it into existence. Overall, in my own personal opinion. This series is an absolute must-watch. It has loads of action, drama, heartfeltness, and a touch of humor. Two great Marvel characters forming a team to make the world better, and safer. I love the plot, the storyline, the drama all of it. It is a great experience for the family and of course for fans of the Marvel Universe. I look forward to any work that may come from MCU studios in the future, if at all. And If you decide to look into this series I am positive that you will too. Marvel has always done fantastic work with their films. Battles between enemies and allies, but in the end, there is always a lesson of sorts within them all.  The Falcon and The Winter Soldier is a show that goes through the hardships of the world and also how having a friend nearby can help you get through any situation.

As you may already tell, my opinion on this series is clear. But you get to decide for yourself what your opinion is on it. If you own Disney plus or plan to own it, I one-hundred percent suggest watching it. Take your time, enjoy it and give your own personal rate on it. As far as rates on my writing goes, hearts and split hearts are the options. Their meanings I would hope are clear. Hearts for it is nice and clear, and split hearts for ‘I wish there was more’ or any other reason. Each section has a bar and the readers could rate from there. This review was a different experience, I am not sure if it is one that I would consider again; but it was different.