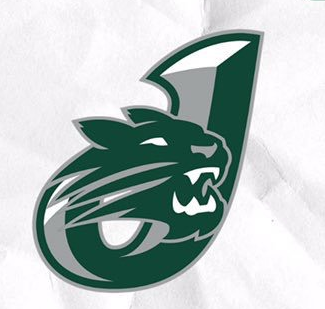 Block J goes away for new to come in play

In 4 months and 15,000 dollars in free designing from B.S.N. (Branding Sports Network), was the new wildcat and J exactly what Jenison needed?

The wildcat gives off a tenacious, ferocious, and relentless wildcat!”

What do the students of Jenison High School think about the new J and wildcat? Why did the logo change? And what will this overhaul and renovation to the Jenison brand cost?

Why the logo change?  The quick answer is Clemson University. The Wildcat Paw falls into trademark infringement with the Clemson Tiger Paw. In the past, universities didn’t care about high schools using their branding for their main mascot or logo. But sooner or later everything comes down to money and social media standpoint. Universities around the nation may contact K-12 school districts about not using their trademarked logos. Wanting to be a district of integrity, a decision was reached to not use a trademarked logo. Hence, a new logo was designed with our own trademark. Some may say this was for the better, but was it? Dr. Graham, Jenison’s high school principal, states that [our district maintains] “Too many different logos that don’t give off a strong representation of Jenison, and this is like a new start for the branding and logo.” 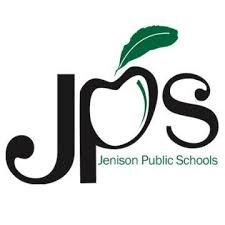 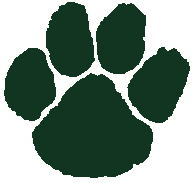 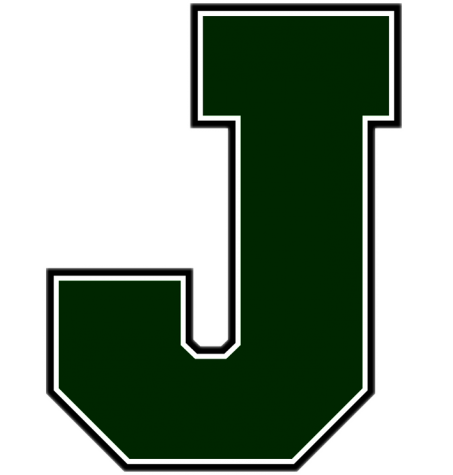 There are a total of 4 different logos that Jenison currently utilizes.  Some more known than others. The first logo is the academic logo consisting of an apple mixed with JPS. The second most common is the classic Block J on jerseys and athletic wear. The next big one or most known is the pawprint. The least known one is the J.I.A. which had a globe mixed with the J. The new logo combines all of the activities as Jenison together, more unified.  This is a big factor in the new logo change. 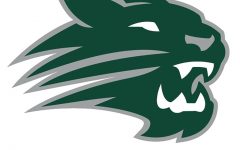 “The logo is clean, simple, with no clutter, and ties all of Jenison together as a district with pride. ”

Was there a vote, community poll, or student drawings submitted for ideas? No, the J and Wildcat were designed by graphic artists through BSN for free through our athletic contract with BSN. The lead individual behind the design is Mr. Brad Corpe. After hours and several designs and logos and ideas, the old J and the new Wildcat started to take shape. “Nothing seemed to work, or look professional,” said Mr. Corpe. It took hours, days, months to finally come up with a logo that Tom TenBrink, Dr. Graham, other district officials, and the JPS Board of Education all agreed upon.  “Change is hard to come by, but if you do not like it, tough luck,” stated Mr. Zeitman, Jenison’s high school football coach.

Will the new branding have better sales for Jenison’s Cat’s Corner ( Jenison’s Pride store) and the Jenison community? The answer to that is a big yes! The local Meijer in Jenison is one source for purchase and even Amazon contacted Jenison to sell clothing items and athletic wear with the new J and the Wildcat. The old block J and paw never had this extent of publicity.  Sales for the new branding gear increased just in the first few months since the release. In the past, our logos were used by others without the school district benefiting from the sales. With our trademarked logo, the district can now receive money from outside companies selling Jenison gear.  “I think this J and Wildcat has the potential to get the most profit and attention then any of our other logos,”  stated Mr. Tom TenBrink.

What does that mean for the old block J and Paw? The paw will have to get replaced and is the number one priority for replacement. So that means every sign, wall, or floor with a pawprint will be updated. The second priority is to get the new logo out to new places and increase the exposure of the Jenison name, similar to the Hudsonville Eagle logo that seems to be everywhere. The last, but still an important priority, is to eventually fade the Block J and replace with the new logo. Some new additions or changes can consist of a new panel on the scoreboard, windscreens at the football fields, and the cement walls around the track and field covered in banners with the new J and Wildcat. These changes are yet to come, and at what cost? Tom TenBrink states that it will take district money and years of time to complete the branding process. A concrete financial number is still unknown as there are small costs and others with a larger scope in regards to rebranding Jenison.  “The old logos will be around and still be worn with pride, but it is time for a change and to move on from the old to the new,” stated Dr. Graham.

Everyone has their own opinion on the logo, whether it is good or not so good, and even for those who just do not care; change is here to stay. There is only one question to ask now:

the block J is going away, but will it ever fade away?